the good, the bad, and the toshiba zombies 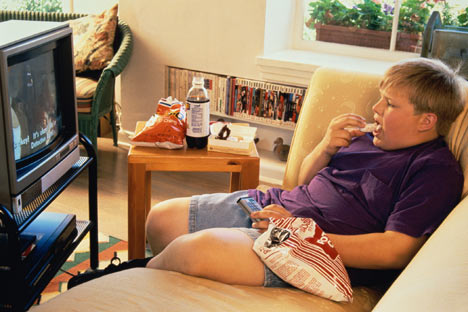 Me doing research for this column

I was sitting around thinking of what to do this column on this week, and Brad’s article on Carl Jr’s robotic future inspired me. There was a Toshiba ad I saw during a rerun of an episode of Boy Meets World (Yeah, I’m re-watching BMW, wanna fight about it? (Yeah, I call it BMW, wanna fight about it?)) that I found interesting and wanted to tackle. So, this column’s all about the good and the bad of recent TV spots.

This ad shows perfectly how you can promote a car. Instead of rattling off stats about miles per gallon, how much weight it can tow, or how many cup holders there are, Land Rover concentrates on one aspect. They focus on the most important feature to their target audience, safety.  Not even safety, but the state of feeling safe inside the vehicle. Land Rover owners are usually the outdoorsy type, at least the die hards are, and they take their vehicles off roading, camping, etc. This campaign shows the effectiveness of it’s safety without showing the car in action.

These ads are so good, that they won a Silver Lion (There is one winner, called the Grand Prix.Multiple second place Gold winners, and multiple third place Silver winners) at this years Cannes Lions International Festival for Creativity, in Paris. Lets take a look at another one shall we?

I love it. When you go looking to buy a new car, you’re going to do your research. Land Rover doesn’t need to overbear you with stats. They have a loyal customer base, and showed great creativity to appeal to that base. A plus work by the Y&R ad agency.

Ugh. I can’t say this enough. Ugh. Ugh. UGH! Why Dairy Queen? Why must you stoop to this low? I didn’t have a problem with their old ads, with the floating lips talking about burgers and such. But, just like last week’s The Bad, this one is also a carbon copy. DQ pretty much took Old Spice’s campaign, and made it worse. It’s the same basic premise. Male spokesperson doing ridiculous tasks that make no sense while talking about the ridiculous tasks that make no sense. They are even shot in a similar fashion.

Now, the concept isn’t all bad. I get it. What they do fits the “So good it’s ridiculous” tagline. But there are other ways to show it. What makes this so bad is, every time I see it, I think of Old Spice. That’s not what you want your ad to do. What probably happened is that the higher ups at DQ saw the Old Spice ads, loved the positive reaction it got, saw how it got huge (they did live youtube videos answering questions they got from twitter), and wanted to follow the same formula. So they put it on their creative department to make it like Old Spice. Well, they did, too bad it just reminds everyone of Old Spice.

So, boo to you Dairy Queen. For Shame!

This is the ad that reminded of Brad’s column earlier in the week, about a robotic future. However, this one is different (obviously). This one deals with a zombie future. Lets go to the video!

When this ad started, I did not see it going in the route it did. Usually when an ad starts out like this, it ends up not in such an extreme (or fictional for that matter) end result. What’s good about this ad, that might get lost in the zombie apocalypse, is that Toshiba takes the time to make sure everything about their product is great. They don’t leave anything out.

What also gets lost, is that Toshiba has someone in their company, who looks to be in a highly respectable position, who thinks his decisions leads to zombies. Do you think all of his decisions are like this? Does he wake up in the morning, thinking about which outfit he’s gonna wear, and it leads to a series of events in his head that lead to zombies. This guys life is probably consumed by the thought of zombies coming to get him. He’s probably read World War Z and the Walking Dead comics a hundred times. He’s got every Romero film on DVD (his favorite being this one. Damn it, I mean this one). Hell, he probably lives in that first ever zombie proof house.

Oh, back to the ad. I liked it. It made me remember Toshiba. To be honest, I can’t remember one single Toshiba ad. Not one! So they definitely did their job correctly. I mean, being Toshiba, you have plenty of nerd customers. Good to see they’re gearing their ads toward us. I just hope they get that guy some help.